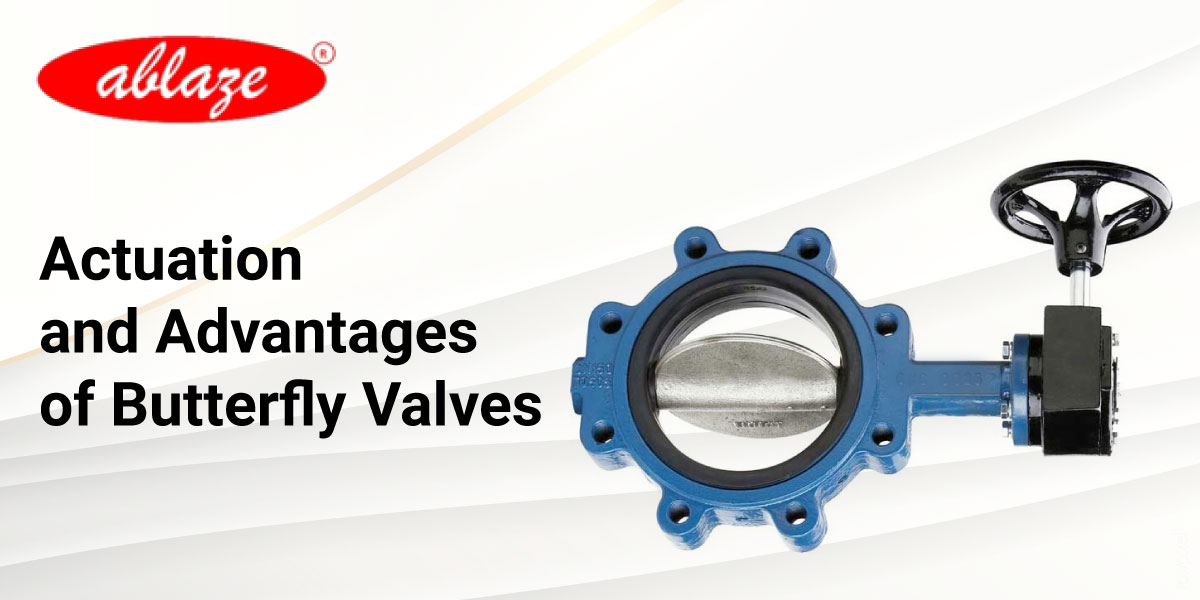 Butterfly valves are a type of shutoff valve used in pipelines that are operated with a quarter-turn rotating action. Flow control with butterfly valves is a common piece of advice. However, we caution against doing this because it compromises the valve disk’s sealing qualities and can cause damage. They have a wide number of applications, especially in flow isolation, and can be found in a wide range of process media and industries, such as water collection, supply, pumping stations, as well as distribution.

Their compact design and straightforward manufacturing are two of their main benefits, resulting in cheaper, more lightweight, and quicker-acting final products with smaller installation footprints.

Hawle butterfly valves are considered as one of the double offset type valves. The disc of this valve design is positioned at an angle of 120° from the centre of the valve body of the stem.

Let’s explore the essential components of the butterfly valves listed below by an excellent Butterfly Valve distributor in Gujarat, Ablaze Lining.

The most popular forms of end connections are flanged, double lug, and wafer, and the valve body is designed to fit in between the flanges of the pipes.

The disc, similar to a gate in a gate valve or a ball in a ball valve, is attached to the body of the valve and acts as a gate to either completely close off or restrict the flow of fluid. The stem is normally inserted into a bore in the disc. Discs can be optimised for sealing, flow, operating torque, etc in a number of ways by varying in orientation, design, as well as material.

When the disc is in the closed position, it is secured in place by a strong elastomer that lines the inside of the valve body. The seat face of the 9881k series is resistant to corrosion and erosion because it is weld-filled with stainless steel and micro-finished on the integrated body. Valve drop tightness according to EN12266-A standards is achievable with this seat design.

Multiple seals are used at internal valve interfaces to either maintain a tight seal or to separate the process media from the valve’s internal components, allowing for greater design freedom and reduced costs.

The sealing technology of the multiple O-ring shafts guarantees a leak-free seal for the lifetime of the valve by preventing process media from coming into contact with the stem/shaft. Other valve constructions also share a number of smaller, more universal parts, including bushings, bearings, and fasteners. Some of the actuation end components that will be discussed in detail include the lever, handle, handwheel, as well as gearbox.

A butterfly valve manufactured as well as supplied by the most reputed and noteworthy Butterfly Valve supplier in Vadodara, Ablaze Lining, is a type of valve that regulates the flow of fluid by means of a rotatable disc. If the disc is oriented in the same direction as the flow, it will obstruct the bore when the valve is closed, but it will go in the flow’s perpendicular direction when the valve is open. Most butterfly valves can be used to control flow in both directions and to close off a system. However, they are only half-bores, thus they can’t be used for swabbing or pigging.

Depending on the need of the application and technical requirements, the valves may be actuated by actuators, gears, handwheels, or a combination of these.

Manual, semi-manual, and completely automatic actuation mechanisms are all available for butterfly valves.

Typically employed in high-precision regulation and time-critical uses, this method employs an electric actuator for valve control through a 4-20mA control signal.

Compressed air is also used for actuation in these precision applications.

Valve opening and closing torques of this magnitude are typically reserved for high-pressure and high-viscosity systems.

Butter valves that must be controlled by hand typically include a crank, handwheel, or lever on the housing. Most manual valves of this size have a lever for easy operation. Handwheels and a gearbox for transmitting torque having a higher amount of mechanical advantage are supplied for larger sizes. The valve can also be manually operated from the surface using a square cap, extension spindle, as well as a corresponding T-key in situations where there is no manhole available to access the valve.

A few advantages of using butterfly valves are listed below by Ablaze Lining, the most reliable Butterfly Valve distributor in Gujarat.

Because of the tiny size and the reduced dimension of butterfly valves, they require less space during installation, which translates to cost savings in the areas of labour, tools, and pipe.

Their low maintenance costs are a direct result of their straightforward, cost-effective design, which features few moving parts and, consequently, fewer wear points.

The valve can be fully closed or opened by rotating the handle, also known as the actuation mechanism, through 90 degrees. To lower the operational torque as well as simplify the functioning of the valve, a gearbox is sometimes incorporated into the actuation mechanism of bigger butterfly valves; this, however, comes at the sacrifice of speed.

Butterfly valves are typically less expensive than other valve types because they use less material, are easier to design, and can be manufactured with fewer moving parts. The savings are most noticeable in valves with a DN

To add to their versatility, butterfly valves can also be buried underground.