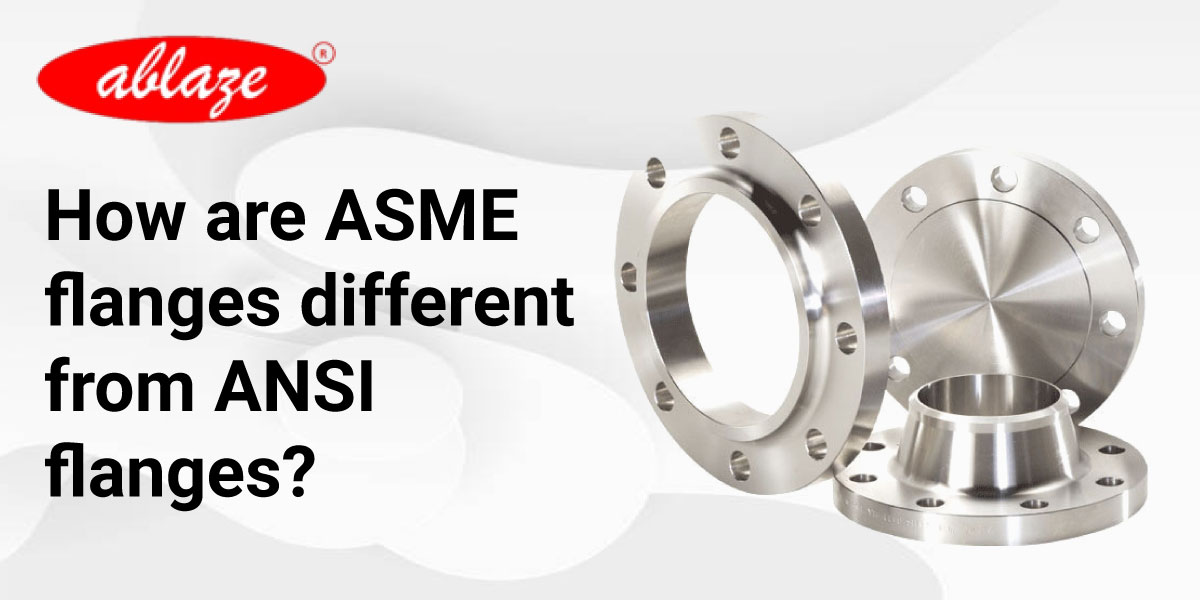 A protruding collar or rim over a pipe that is designed to be used with a pressure vessel is called a flange. It is possible to seal a pressure vessel when it is combined with another flange and utilised in that configuration. The vessel system or pipe connections can be made in a dependable manner using this method. The following are the four fundamental specifications for flanges:

In the metalworking world, ANSI and ASME are two of the most frequent acronyms. However, there are still a lot of people who are confused about the distinction between ASME and ANSI. They were under the impression that ASME Flanges and ANSI Flanges are interchangeable and that there is no distinction between the two. However, that is not correct. Both of these flanges manufactured and supplied by an excellent Lined Reducing Flange supplier in India, Ablaze Lining, are the standard type of flanges, and they are designed according to certain parameters and rules that are described in ANSI and ASME standards. After going through each one in great detail, we will then talk about the primary distinctions between them.

ANSI is an abbreviation for the American National Standards Institute, which is a private organisation that operates without the purpose of making a profit and whose mission is to create uniformity in the voluntary standards that are utilised in engineering disciplines. The purpose and goal of ANSI make it very obvious that the organisation is striving toward the establishment of international as well as national industry standards. The ANSI places a greater emphasis on the goods, methods, services, and resources that are available in the United States. On May 14, 1918, corporations, government agencies, organisations, and academic sectors came together to form the ANSI.

ASME is an abbreviation that stands for the American Society of Mechanical Engineers. ASME is a non-profit and private organisation that was established for the purpose of bringing uniformity in the voluntary standards that are utilised in industrial as well as engineering disciplines. ASME is primarily concerned with the formulation of regulations and standards pertaining to mechanical equipment. In the aftermath of a series of pressure vessel as well as steam boiler explosions that occurred in different locations across the globe in the year 1880, they established their company.

● At the same time as ASME is working to develop quality solutions for real-time challenges faced in mechanical engineering, ANSI is working to enhance the position of the US Market worldwide.

Flanges are not a solution that can be categorised into a single category. A piping system’s planned usage, when matched up with the system’s idle design of the flange, will assure the reliable running of the system. The six distinct varieties of flanges produced and distributed by Ablaze Lining, the most trusted Lined Reducing Flange distributor are as follows:

This is what you’d use to seal off the pipe’s ends so that nothing could leak out or get in.

For use with a pressure vessel or sealable junction, this attaches a similar stub end to the pipe’s end.

This flange comes in a wide variety of diameters, making it suitable for use with systems that experience high rates of flow everywhere.

This works well in low-temperature, low-pressure systems when the pipe sizes are tiny. This flange is joined to the tube or pipe by means of a socket weld.

This flange is often called a “screwed flange” since it is fastened without welding. The benefit of using this flange is that it may be attached without the use of a welder; all that is required is that the threads be matched up with the threads on the pipes being connected. Smaller pipes typically employ a threaded flange because of its greater resistance to leakage.

A distinguishing feature of this flange is the hub on its neck, which is meant to fit flush against the inside of a pipe. Weld neck flanges must be attached using a butt weld. Because of its resistance to both pressure and heat, this flange type is widely used in the pipe processing industry. The result is less erosion and turbulent air.

We trust that this article has helped you gain a fundamental view of what a flange actually is as well as its importance. Flanges are an integral part of every piping system, as without them many pipe fittings, valves, as well as other devices used to create the system would not function properly.

Contact Ablaze Lining right away if you need a trusted Lined Reducing Flange supplier in India.