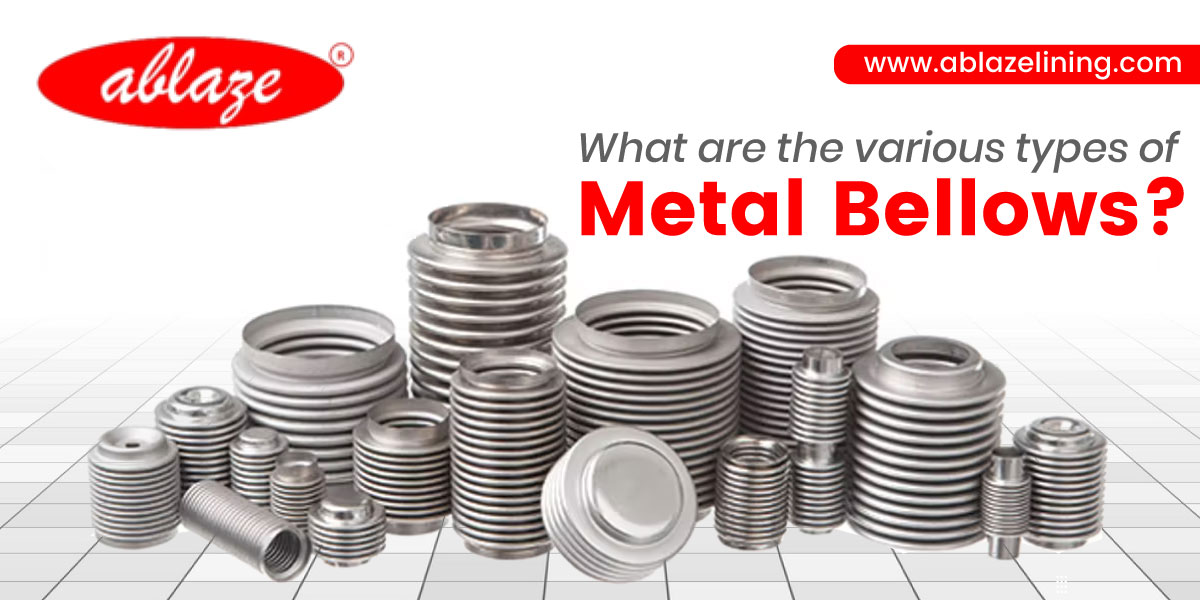 Precision bellows technology of the 20th and 21st century relies heavily on metal bellows. In less demanding applications, rubber and plastic bellows are utilised. The classic leather bellows used in forges and stoves bear little resemblance to this equipment.

Metal bellows are elastomeric vessels that may be compressed or stretched by applying pressure to the outside. The bellows will return to their original shape if the pressure or vacuum is removed, as long as the material has not been stretched beyond their yield strength. They’re used because of their ability to deform under pressure and provide a hermetic seal that allows for movement.

Ablaze Lining is one of the most prominent as well as noted manufacturers and suppliers of High Pressure Bellow in Vadodara, Gujarat.

Reworking tubes, which are often manufactured by deep drawing, employing a variety of methods such as cold forming (rolling) and hydroforming, results in the forming of bellows. Other names for them are convoluted bellows and sylphons.

Ablaze Lining is an excellent and the most prevalent High Pressure Bellow manufacturer in India.

Welded bellows are created by joining a number of separately built diaphragms together. The two types of bellows are regularly contrasted in terms of cost and performance. When mass-produced, hydroformed bellows have a high tooling cost but a lower piece price.

Due to their comparatively thick walls and strong rigidity, hydroformed bellows have lower performance characteristics. Welded metal bellows have a lower initial tooling cost and offer better performance. Welded bellows have the disadvantage of lower metal strength at weld joints due to the high welding temperature.

Ablaze Lining is the most recognised as well as distinct High Pressure Bellow distributor in Vadodara.

The process of electroforming a layer of metal onto a mandrel and removing the mandrel from it results in the creating electroformed bellows. They can be made with low tooling costs and thin walls (25 micrometres or less), providing excellent sensitivity and precision in a wide range of demanding applications, and they can also be made in geometries that would be extremely difficult to produce using traditional methods with little extra effort.